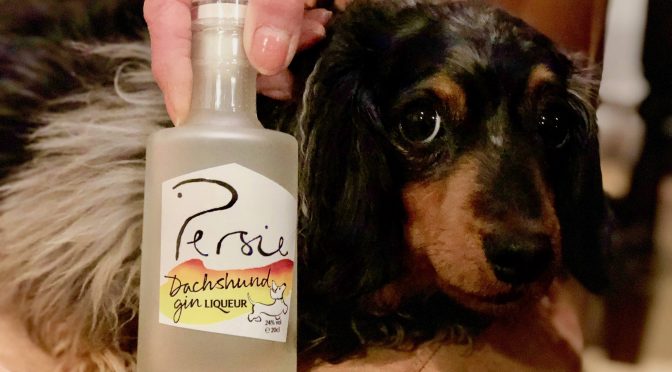 In April 2019 it will join the “Labrador” and the “Spaniel” to make a trio of Dog Gins whose flavours are inspired by these beloved breeds. Dog fans will be doing a good deed with every tipple, because £1 from each bottle sold will be sent to Perthshire Abandoned Dogs Society to help provide care and shelter to abandoned dogs.

Simon Fairclough, distiller and managing director at Persie Distillery, said: “We are dog lovers, both in the distillery and as a family, so we wanted to help a local dog charity and it all fits in really well.”

It’s the latest chapter in a story that has seen the distillery grow out of a desire to research fully what people really want in an aromatic gin. Owner Simon Fairclough and his wife Chrissie started their gin journey with Gin Club Scotland, so they could take gin to the people and find out what they liked. They undertook extensive market research, and carefully crafted their exclusive botanical recipes to the Scottish palate.

Simon says: “We started producing gin in May 2016 and opened the distillery doors to the public in August that year. Since then, we have grown in a range of different ways. First and foremost, sales are on the up, largely thanks to our liquid tours, successful consumer events and a widening pool of trade customers. Our award-winning gin range now touches all the key segments of the gin wheel which has great appeal for gin-lovers.”

Hand-made in small batches in a bespoke, 230-litre copper pot still, the gins are distilled with pure glen water from the local Perthshire hills. Each gin, such as the Zesty Citrus or Herby & Aromatic Gin, is crafted with carefully chosen botanicals combined with fresh local water, to evoke an emotive and comforting scent.

As well as their own gins, Persie also produces gins in partnership with restaurants and well-known brand names, such as “Foragin” with Perth’s North Port Restaurant.

Persie Gin is “on the nose”

When Simon and Chrissie were researching what people liked, it was as clear as distilled gin that a good aroma was crucial to the enjoyment of gin. Simon explains “Around 75-95% of our sensory perception when it comes to tasting gin is down to what it smells like. The combination of the botanicals and the process that we use is designed to bring out the best aroma. We’re confident that Persie is ‘right on the nose.’ ”

And the awards that Persie has garnered over the years certainly back that up. With 70% of the UK’s gin now being produced in Scotland, standing out in such a competitive field is challenging – but Persie has risen to that challenge.

Since opening its doors to the public, Persie Distillery has been voted Most Promising New Business at the Perthshire Chamber of Commerce Star Awards and awarded Best Marketing Campaign by the Scottish Gin Awards. The team has also scooped a series of taste awards for its gin range with Gold and Silver medals from the Scottish Gin Awards, the Scottish Field Gin Challenge and the International Wine & Spirits Competition, among others.

A local – and expanding – employer

“Our team has grown, too,” adds Simon. “We now have five very able full-time employees as well as a number of part-time staffers, with more coming on board this year. We have also expanded our footprint with a new sizeable warehouse which will allow us to look at increased production for export and other spirits.”

Persie Distillery is on the A93, the Snow Roads Scenic Route that runs from Blairgowrie to Braemar and Balmoral. Why is Perthshire a great location for the business? Simon recalls, “When we were deciding where to base our distillery, we said from the word go that we wanted it to be in the Glenshee area. We love Highland Perthshire for its wonderful scenery all year round and living here is a dream come true. What’s more, it’s easy to connect to the rest of Scotland – you can be in Edinburgh, Glasgow or Aberdeen in under two hours.”

Simon says, “We are starting to export this year, which means more exciting times ahead. Now we have a bigger warehouse facility on site, it will be feasible for us to plan for overseas shipping. We are also the first dedicated gin distillery in Scotland to be awarded the Visit Scotland brown tourist sign – which has seen our visitor numbers rocket!”