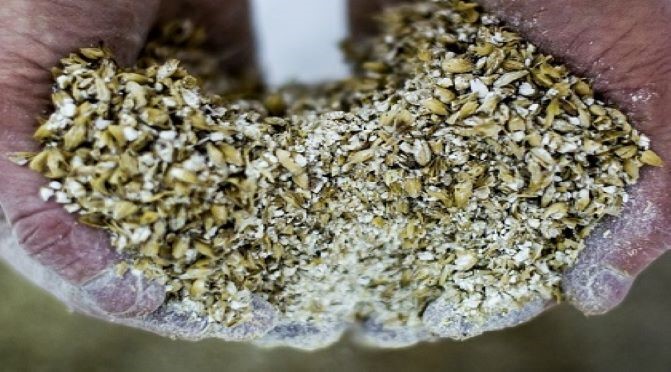 The International Barley Hub and the Advanced Plant Growth Centre, two flagship innovation projects supported through a transformational capital investment of £45m by the UK Government and £17m by the Scottish Government via the Tay Cities Region Deal, have been greenlighted today (19th March) by the Tay Cities Deal joint committee.

The £35m International Barley Hub seeks to secure the long-term future of the barley sector by developing new varieties and growing systems that can cope with future climate change, plus new uses for the crop. Barley is Scotland’s most important crop and a fundamental component of many key food and drink industries; it is pivotal to brewing and distilling and is also used for animal feed.

The project is underpinned by decades of research at the James Hutton Institute and partners, including the University of Dundee, Scotland’s Rural College (SRUC) and Abertay University, the Rowett Institute and others. Businesses and sectoral interest groups such as the Scotch Whisky Research Institute, Maltsters Association of GB, and the National Farmers Union Scotland form part of the project consortium’s demand side.

The £27m Advanced Plant Growth Centre aims to revolutionise crop production systems to produce food locally, 365 days a year, with less environmental impact. Such systems can be completely independent of the weather or availability of agriculture land, for example, indoor vertical farms using LED lights that have full environmental control and are located close to the population on unused derelict land.

APGC will help develop improved crops and sustainable new ways of growing and storing existing crops. It will contribute to reducing the risk arising from the impact of climate change and will enhance the UK’s capabilities to lead a rapidly expanding market which is expected to be worth US$10bn by 2025.

Professor Colin Campbell, Chief Executive of the James Hutton Institute, said: “We welcome the approval of IBH and APGC. A large number of people across all levels of government, colleagues in the Institute, our partners and local and international supporting industries have helped get us here. I would like to thank everyone involved in achieving this milestone. Both projects are shovel-ready, and the signoff from the Joint Committee will allow us to break ground and accelerate the projects from here.

“The £62m committed by the UK and Scottish governments through the Tay Cities Deal for both projects constitute the largest-ever investment in Scottish agricultural science and will power the green recovery needed after COVID-19. These projects will aid the green recovery we all need and want and will cement the reputation of Scotland and the UK as global leaders in research and innovation.”

UK Government Minister for Scotland, Iain Stewart, said: “These projects will boost jobs and prosperity in the Tay region and beyond, helping us to build back better from the pandemic.

“Across Scotland we have committed more than £1.5 billion to City Region and Growth Deals.”

The Scottish Government’s Cabinet Secretary for Transport, Infrastructure and Connectivity, Michael Matheson, added: “This announcement represents another significant milestone in the Tay Cities Region Deal, and demonstrates the real impact our £1.9 billion commitment to City Region and Growth Deals is having on regional economies. I am pleased to see progress being made at pace, enabled by a grant of land from the Scottish Government that will allow building work to get underway on site as soon as possible.

“The Scottish Government is a long-term supporter of the James Hutton Institute. We have provided more than £84m in research funding over the last four years, and the projects the Deal is supporting will help the Institute further enhance its international reputation for research excellence.  These projects will also support our ambitions for a green recovery, with the potential to create high quality jobs and innovative spin out companies.”

Councillor John Alexander, chair of the Tay Cities Deal joint committee, said: “These two flagship projects embody the innovation and sustainability which lie at the heart of the Deal.

“It will be genuinely exciting to see the projects develop in the coming years, delivering new technologies with the power to change how we grow vital crops and reduce our environmental impact while creating significant employment in the region.”

Combined, the two projects will create over 470 jobs in the Tayside region and a further 2,200 jobs across the wider Scottish and UK economy, demonstrating the true national importance of the two initiatives.

The Tay Cities Deal is a partnership between the UK and Scottish governments and public and private organisations across Angus, Dundee, Fife and Perth & Kinross that seeks to invest up to £700 million in projects promoting sustainable and inclusive prosperity for the region.