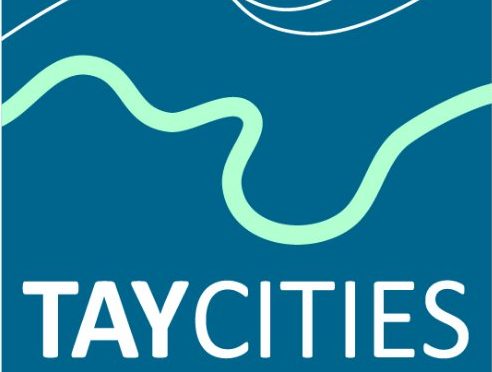 Partners in the £700 million Tay Cities Region Deal have gathered in Perth to sign up to deliver the Heads of Terms for the agreement.

Representatives of the UK and Scottish governments joined four local council leaders and business and academic chiefs at Perth & Kinross Council HQ to sign the Heads of Terms.

It commits both governments to work collaboratively with the partners to deliver a deal that will create a smarter and fairer Angus, Dundee, Fife and Perth & Kinross.

Secretary of State for Scotland, David Mundell, said: “The UK Government’s Tay Cities Deal investment will deliver a transformational boost to the region’s economy. The impact of the £150m funding package will be felt across Dundee, Fife, Angus and Perth and Kinross. I want to thank the local partners for their efforts so far.

“But this is only the start. The real work starts now to deliver these exciting projects – so it’s vital the partners and Scotland’s two governments work together to realise the deal’s amazing potential.

“In all, the UK Government has committed more than £1.1 billion to City Region Deals right across Scotland and we are already seeing the fruits of that investment.”

“That is why the Scottish Government has agreed to invest £150 million as part of a £700 million City Region Deal that will bring positive benefits for Dundee, Perth, Angus, the north of Fife and Scotland as a whole.

“As part of our previously stated commitment to invest £200 million in the area – in the coming months – the Scottish Government will set out the details of the further £50 million.

“The deal will create jobs right across the region in traditional sectors as well as in the high tech areas of biomedicine and cybersecurity.  Across the entire deal, we will be investing over £60 million in innovation and high value manufacturing.

“Developing the right skills are what will make the difference to people being able to access opportunities and new jobs through the deal. That’s why the Scottish Government is also committing up to £20 million for a Regional Skills Development.

Programme as part of this deal to reduce skills shortages and support people reskill into new career opportunities.

“The successful delivery of the Tay Cities Region Deal will help the region continue to thrive and grow, fulfilling our ambitions for it to be one of the most economically and culturally vibrant areas in the country. I am delighted that we have been able to secure this.”

Some £300 million will be invested by the Scottish and UK governments over 10-15 years, subject to final approval of robust business cases.

Cllr David Fairweather, leader of Angus Council, said: “It would be difficult to overestimate the importance to the local economy of what is being signed today.

“Projects across the Tay Cities area will now be able to move to the next stage towards delivering long-term sustainable growth through what is an aspiring, creative and forward thinking programme.”

John Alexander leader of Dundee City Council said: “This is a significant moment in the development of the Tay Cities area. “We have already made considerable progress towards our goal of achieving inclusive growth to make the region fairer and smarter through the joint efforts of councils, business and academia and the agreement today will deliver a step change in the implementation of those ambitious plans.”

Councillor Murray Lyle, leader of Perth and Kinross Council, said: “The projects that will be taken forward through the deal will act as a catalyst for economic growth across the region and will help to cement relationships between local authorities, commercial bodies and other service providers.

“This Tay Cities Deal will combine increased prosperity with greater equity; the kind that creates opportunities for everyone.”

Cllr Karen Marjoram, Fife Council, said: “Boosting the economy of the region will bring new jobs and infrastructure improvements to benefit everyone.

“As well as creating new opportunities for people currently without jobs to get into employment, it will also help those who are in work to progress. This will happen in a variety of ways and lead to the improvement of economic outcomes for people across the whole area.”

Professor Sir Pete Downes, Principal of the University of Dundee and Chair of the Tay Cities Deal Higher and Further Education Forum, added: “This is a very welcome announcement and I am delighted to see our universities, colleges and research institutes making such a strong contribution.

“As a result of the projects outlined in this submission the Tay Cities region will be a much more desirable place to learn, live and invest.”

Ellis Watson, chief executive of DC Thomson Publishing, who chairs the cities deal regional business group, added: “The success of the deal hinges on the creation of long-lasting partnerships. It is these partnerships that will ultimately deliver sustainable change for people living and working in the area.”

Jim Reid, Partnerships Director at Scottish Enterprise, added: “The signing of this deal represents an important milestone for the communities of Angus, Dundee, North East Fife and Perth & Kinross. The programme of investment confirmed by both the Scottish and UK Governments today will enable all City Deal partners to deliver real and lasting economic benefit to the region, making it an even more attractive and inclusive place to live, work and do business.”

More information about the deal can be found at www.taycities.co.uk