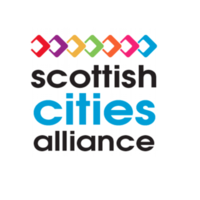 At Expo Real 2018, the Scottish Cities Alliance, a unique collaboration of Scotland’s seven cities and the Scottish Government, will launch its largest investment portfolio yet, with billions of Euros worth of prime development opportunities.

The Investment Prospectus covers a range of investment and partnership opportunities in real estate, spanning commercial, private rented, retail and leisure as well as business parks and bioscience campuses. This includes one of the largest active regeneration projects in the UK, the £1bn (€1.1bn) Dundee Waterfront development which last month saw the launch of the world’s only V&A Museum outside London. The scheme covers 5 key zones along an 8km stretch of Dundee’s waterfront.

The combination of Scotland’s low corporation-tax, which is set to decrease to 17% in 2020, and highly-skilled workforce remain some of the largest assets to foreign investors. These are bolstered by the Scottish government’s increasing investment in world-class education and tech development, Smart Cities programme, alongside aggressive renewables and low-carbon targets.

EY’s 2018 Attractiveness Survey again rated Scotland as the most attractive investment location in the UK outside of London, with the nation topping the charts for Research & Development investment. Scotland is one of the largest life sciences clusters in Europe, with over 600 life sciences organisations employing more than 30,000 people.

In spring 2017, the First Minister of Scotland, Nicola Sturgeon, signed a joint economic declaration to foster stronger business links between Scotland and Bavaria, Germany. In the spring, Berlin Chamber of Commerce signed a Memorandum of Understanding with Glasgow Chamber of Commerce, and this was followed by a trade delegation from Scotland to Berlin, led by First Minister Nicola Sturgeon, who held a roundtable discussion in the German capital with a group of German investors.

The Scottish Government opened its Berlin Hub in April which aims to boost trade links between Germany and Scotland as Germany is the third largest source of direct foreign investment to Scotland.

First Minister of Scotland, Nicola Sturgeon, said: “Scotland is a hugely attractive place for companies in Germany and throughout the EU to do business with and invest in. Indeed, 155 German companies currently employ 18,000 people in Scotland – with many German citizens also living, working and studying here.

“The ongoing risks posed by Brexit only reinforces our determination to promote Scotland in Europe and around the world. We cannot allow Scotland’s appeal to firms from abroad to be jeopardized by a no deal or no detail Brexit. Staying in the EU would be best but if that is not possible we will continue to set out the unequivocal case for continued membership of the Single Market and Customs Union, which is around eight times bigger than the UK market alone.”

Councillor John Alexander, Chair of the Scottish Cities Alliance, said: “I am delighted to launch our biggest and best Investment Prospectus to date, featuring billions of pounds of potential investments across our seven cities.

“The propositions featured in the new Investment Prospectus offer investors many opportunities in a broad range of sectors to work with our vibrant and modern cities.

“By working together, Scotland’s cities are being showcased on a global stage, highlighting the fact that we have world-class resources such as one of the most highly educated workforces in Europe, competitive tax policies, a reputation for innovation and a strong international brand.

“As Chair of the Alliance I look forward to building on the successful projects that the Alliance has already helped to deliver in Scotland and by working with all partners we can attract further significant investments from around the world to help deliver a strong future economy for a more prosperous Scotland.”

A launch for the Investment Prospectus will be held on the PropertyEU Stand at Expo Real in Munich on Monday, 8th October 2018. Please be in touch should you wish to join.