Increasingly, Scotland’s key industry sectors require quick, reliable routes for both operational logistics and ease of commuter movement. Perth’s location in the heart of Scotland offers unrivalled links by road, air, rail and sea and it is widely acknowledged that the area is a strategic hub in the Scottish transport network.

Principal road routes connecting the central belt to North and North East Scotland converge here, with major road connections to all of Scotland’s cities within two hours.  This infrastructure is currently undergoing major improvements as part of Perth Transport Futures Project, with an upgraded A9/A85 junction providing better flow of both local and through traffic and a third Tay Crossing.

Perth city is an hour from Edinburgh International Airport with 240 connections quickly connecting the area to major international markets. Additionally, as one of Scotland’s main connections for bus and rail, there are daily services directly to the six other Scottish cities, as well as a direct train to London King’s Cross. 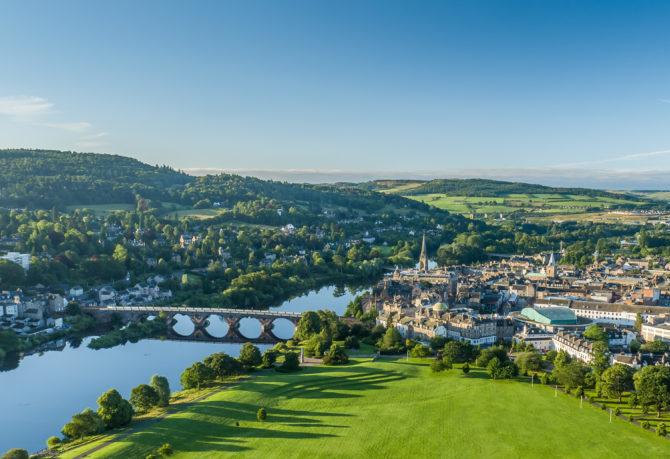 Focused on delivering economic resilience and long-term growth through innovation and sustainability, Perth’s smart agenda for the future has started now.